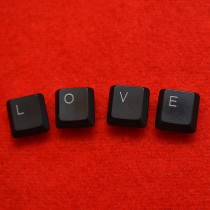 New York City has a new sex symbol which will grace the wrapper of millions of condoms and also happens to be the logo on my business card and on the cover of “Is This Thing On?”. The title of my book has taken on a whole new meaning! Who says that computers aren’t sexy? […]

More than 20 million people visit at least one online dating site per month with over 120,000 weddings a year as a result (Online Dating Magazine 2007). The number of seniors joining online dating services has risen at double-digit rates each year since 2003, which is the highest of any age group. Whether seeking friendship, […]

Click on the words below to read more on that topic.